Race, Religion, and Politics in the Age of Frederick Douglass: An Online Symposium

Join us online for the fifth biannual Frederick Douglass Symposium 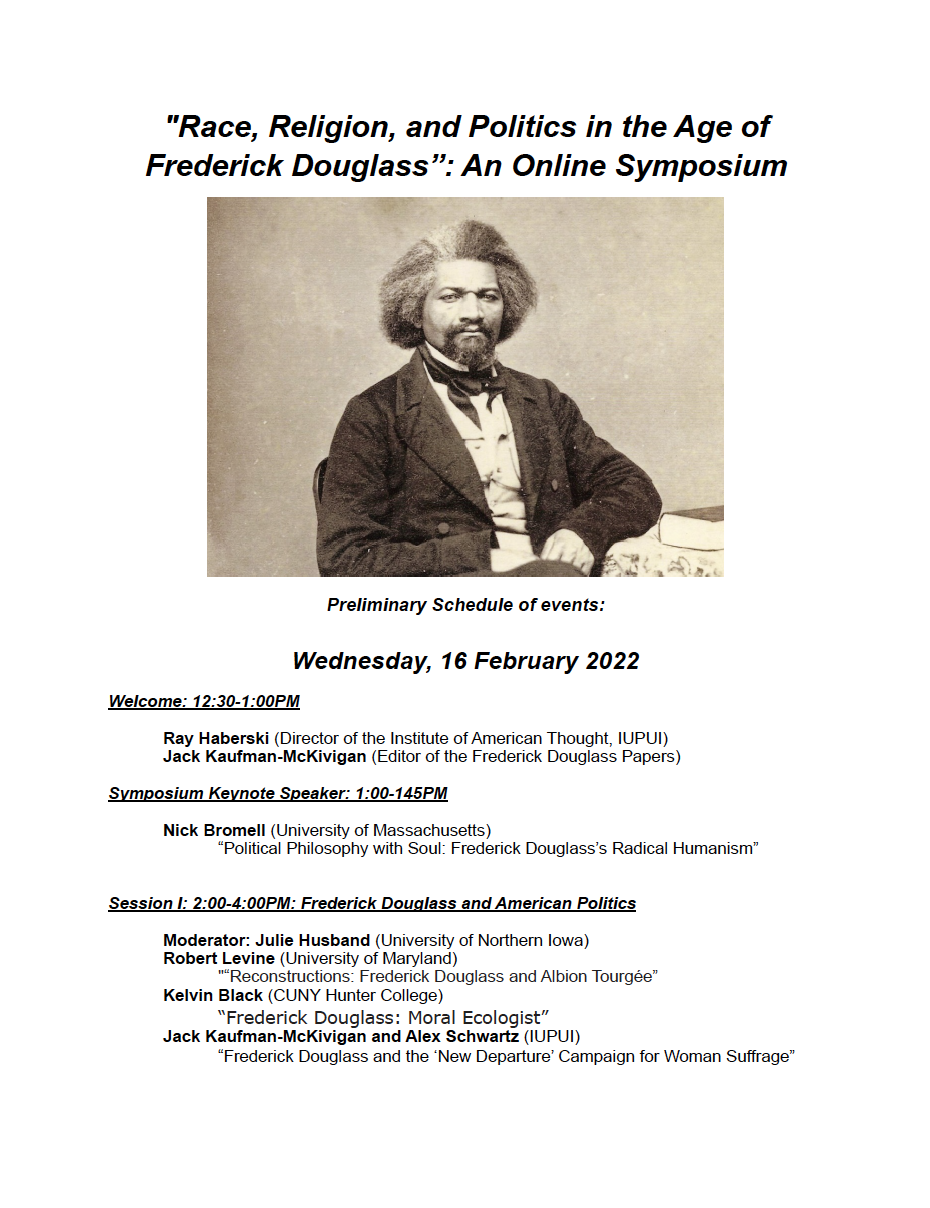 A fourth biannual symposium assessing Douglass’s place in the American reform tradition took place in October 2018, and several of its papers were published in the first issue of the project’s new online research journal, the New North Star.

A third biannual symposium on the topic of “Frederick Douglass and the Role of Oratory in African American Leadership,” was held in October 2016, to assess the project’s then forthcoming volume The Speeches of Frederick Douglass: A Critical Edition.

This conference’s papers, edited by McKivigan and Jon Rossing, were published as symposia in two journals: the Howard Journal of Communications 29 (2018) and Rhetoric Review 37 (2018):1, 1-76.

The project hosted a similar event in October 2014 for scholarly discussion of its new edition of Douglass’s 1853 novella The Heroic Slave.

Several of this conference’s papers were published in the Journal of African American History 102 (Winter 2017).

In 2012, the Douglass Papers began hosting a biannual public symposium to observe the publication of its new scholarly volumes. The October 2012 symposium featured eleven invited scholars who made presentations on the significance of the project’s new published critical edition of Life and Times of Frederick Douglass.

Papers from this symposium were collected and published in a special issue of the Journal of African American History  99, no. 1-2 (Winter/Spring 2014).