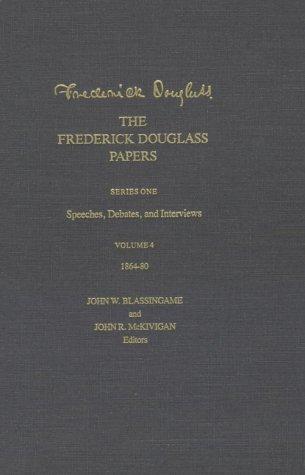 The conclusion of the Civil War and the subsequent era of reconstruction had a significant impact on the life of Frederick Douglass. Ratification of the Thirteenth Amendment brought to an end his public battle against slavery, but it also intensified his struggle to secure equal rights for black Americans in the postwar era.

Douglass became an outspoken advocate for the Fourteenth and Fifteenth amendments and for federal intervention in the South to protect the rights of the freed slaves. He also remained active in the campaigns for women’s suffrage, temperance, and other reforms. He was extremely busy professionally during this period. He became editor of a short-lived weekly newspaper, the New National Era; he played a prominent role in the political campaigns of the Republican party and was appointed to several important posts in Republican administrations; he became a popular stump orator in postwar election campaigns and emerged as a star on the lecture circuit. Because of the extensive press coverage of his public activities and speeches, Douglass’s reputation as the best-known black American of the nineteenth century became firmly established at this time.

Douglass delivered approximately 550 speeches between 1864 and 1880, and this volume reproduces 62 of them as well as two interviews given by Douglass to newspaper reports and testimony he gave before Congress. Like the other volumes in this highly regarded edition of Frederick Douglass’s writings, this book provides full annotation for the texts included and an appendix that contains précis of alternate speech texts not printed here.